Protect Yourself Against Hurricanes

The month of June marks the start of hurricane season in the United States. In the years past, there have been several hurricanes that reached a level of destruction so definite that homes, businesses, and landmarks were damaged, and some destroyed. Hurricanes, no matter how much warning or prep time you have, are unavoidable. The devastation that hurricanes bring are always unpredictable and a scary experience to witness. Since enduring these devastating events, homeowners have looked into alternatives ways to make sure their home can withstand the power a hurricane can bring with it. In this article we will discuss the ways in which you can protect yourself against hurricanes.

How to Protect Yourself Against Hurricanes

Of course, there is no way of building a home that is completely hurricane-proof, although there are steps that can be taken in order to provide more stability to your home in the event a hurricane strikes. After Hurricane Andrew in 1992, the State of Florida laid out new mandatory building codes. These codes were made to prevent a home from hail damage and hurricanes. So far, over 12,000 homes have been developed under these mandatory codes. The only downside is that these homes are sold for over 7% more than traditional homes, according to the University of Alabama. These homes are ranked in three categories being bronze, silver, and gold. They are rated based on their durability and rated level of protection.

Now, you’re probably wondering, what makes the price skyrocket by 7 percent? Well, the traditional building procedures of a home remain the same, but the uptick in price comes from the add ons. Impact-resistant windows and doors, shutters on the windows, and other precautions added to a home in order to withstand a hurricane’s forceful impact can be costly.

If homeowners are looking to build a traditional family home that’s 1,800 square feet, but with the standard precautions that Florida now mandates as necessary- they are looking at adding more than $5,000 in extra money that must be spent on their home.

One house that sits along the coast of Mexico Beach, Florida has caught the attention of many homeowners, as the home was in the direct path of destruction and remained standing. This home was the residence of Russel King and his nephew.

“ I said from the beginning, we have to have a concrete house, I want to pour concrete walls because I felt like it had a better chance of fighting a storm.” – Russel King

Want to Protect Yourself Against Hurricanes? Follow Russell’s Lead

Russell King’s home was built as a retirement home for himself and his nephew. Their design was completely based on being resistant to hurricanes. The home was 12 feet tall and was anchored into the ground at 28 feet. King specifically wanted to go outside the traditional building plans and spent thousands of dollars to ensure this house wasn’t going anywhere.

You would think that most homes have a concrete foundation. Out of 800,000 homes, only 8 percent of them were shown to have stable foundations that are concrete, according to the U.S Census Department.

Along the way, many upgrades were still made to the home, such as hurricane clips on roofs and much more. He decided all his light fixtures and multiple aesthetic pieces needed to be removed from the home in order to prevent damage if a hurricane struck the home.

The Future of Hurricane Proof Homes

The technology for building these kinds of homes has improved and will continue to do so as time goes on. Although, the high demand for this kind of home building is nonexistent. Many homeowners don’t like the price tag that comes along with a project of this amount of work.

Is there really a way to build a home that is hurricane-proof and will still be standing after the mass destruction?

Developers will continue to invest money and experiment with what can be done regarding hurricane proofing homes during the home building process. It is only a matter of following the events of the future that will show if this new method of building withholds true to its expectations. As the innovations in protecting your home against hurricanes progress, we here at Building Empires Media Group will keep an eye on them and report our findings. 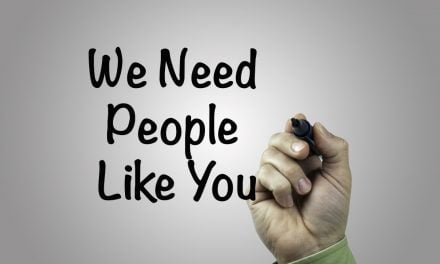 Could A Labor Shortage Mean Robotics?